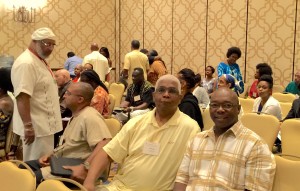 One of the foci of this convention was a training for all Chapter leaders on moving toward establishing each chapter as a 501c(3)  organization, a process that the Mn Chapter has already been pursuing. There was also a training on how to conduct Emotional Emancipation Circles, a collaborative venture between ABPsi and the Community Healing Network aimed at creating a cadre of facilitators who can lead community dialogues that lead to a much needed re-building of personal, family and community relational ties to effect a stronger and healthier community. The long term aim is to have Emotional Emancipation Circles in every state and community across the country, beginning with each ABPsi chapter.  If you think you might have an interest in receiving this training, finding out more, or becoming a facilitator contact Harvey Linder or the ABPsi National Office for more detail.

Attending an ABPsi National Convention is a special experience and, if you 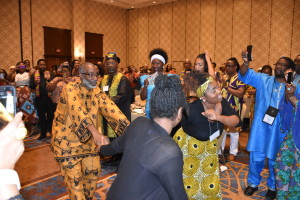 New President, Dr. Mwata Kevin Washington being ceremonially dragged by children (our future) to take on his responsibilities to lead the community.

haven’t done so, I would strongly recommend that you plans to make it a part of your future agenda. Particularly moving is the Enstoolment Ceremony when new officers are installed and the torch is passed to a new generation.  Its not like any swearing in ceremony you have ever attending. 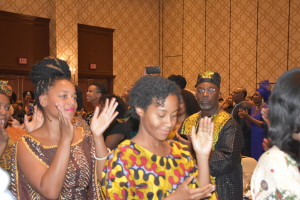 Students play a prominent part in ABPsi conventions, volunteering en masse to fill many vital support roles, as well as making presentations with their professional mentors and discussing their work in poster sessions.

This year, the passing on of responsibility was doubly important and even more appropriately symbolic in that both the National Board and the Student Circle leadership were installed in one ceremony. 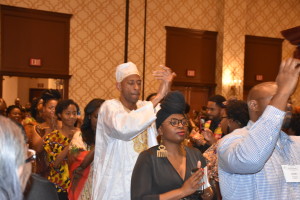 The Outgoing and (followed by) Incoming Student Circle Chairs

You can read more about past national conventions (and this year’s eventually) in the ABPsi newsletter, Psych Discourse, now available online (psychdiscourse.com) 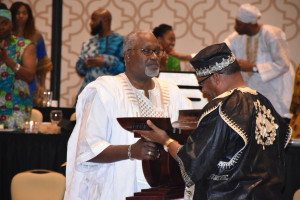 Harvey D. Linder, Ph.D., LP is a retired Clinical Psychologist and Owner of HDLinder Selective Consultations. Currently he manages the websites for MnABPsi.org and MnBlackMentalHealthResourses.info (BMHR.info)
View all posts by Harvey Linder →
This entry was posted in News. Bookmark the permalink.